The founder of Team 91, Brian Spallina is a 2000 graduate of Hofstra where he was a two-time All-American. Spallina was drafted in the inaugural MLL Collegiate Draft and went on to win seven pro championships; which is the Major League Lacrosse record from most championships won by a single player. During his seventeen year pro tenure, Spallina played with the Long Island Lizards, Philadelphia Barrage, and Chesapeake Bayhawks. Spallina is a current member of the Long Island Metro Lacrosse Foundation. Director of the Tristate program, Mike Bocklet is a 2003 graduate of Fairfield University where he was 3X All-Conference, 4th all-time scorer, and member of the Athletics Hall-of-Fame. Bocklet played professionally in the MLL with the Denver Outlaws and NY Lizards, winning a Championship in 2017 with Denver and named an All-Star in 2018. Bocklet also played in the inaugural 2019 PLL season with Chaos LC. The current head coach at Purchase College, Bocklet has spent the last ten years coaching at the collegiate level with previous stints at Cortland State and Dartmouth College. Director of Team 91 Colorado, Matt graduated from Johns Hopkins University in 2008 where he was an All-American defenseman and NCAA National Champion. After graduating, Matt went on to play 11 Major League Lacrosse seasons, 10 with the Denver Outlaws. During his career he was a 3-time MLL Champion, 5-time All-Star & 2-time 1st Team All-MLL player. He has his #7 jersey retired in Denver, and finished his career as the Outlaws all time leader in games played and ground balls. He is currently the Head Coach at Cherry Creek High School where he won the State Championship in 2019, and was named Colorado High School Coach of the Year in 2014. 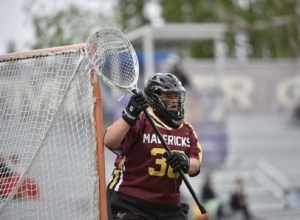 Director of the Team 91 Long Island Girls program, Pfeifer is a Colorado Mesa University Alumni. While at Colorado Mesa University she was named 3x RMAC first conference team, 15x defensive player of the week, 2016 defensive player of the year, as well as an All- American nominee, and ranked 5th in save percentages for D2 in 2016 and 2017. Pfeifer continued her career on the coaching side as a Graduate Assistant for CMU 2017-2018. She is now a member of the NYPD Finest lacrosse team.

Director of the Team 91 Colorado girls program. Casey Bocklet won the Division 1 National Championship as a freshman at Northwestern University and finished as the team’s leader in assists. Following her transfer, she graduated from the University of Virginia as a 2x All-American including 1st team honors her Senior season. Casey competed for the Philadelphia Fire in the Inaugural season of the Women’s Professional Lacrosse League.