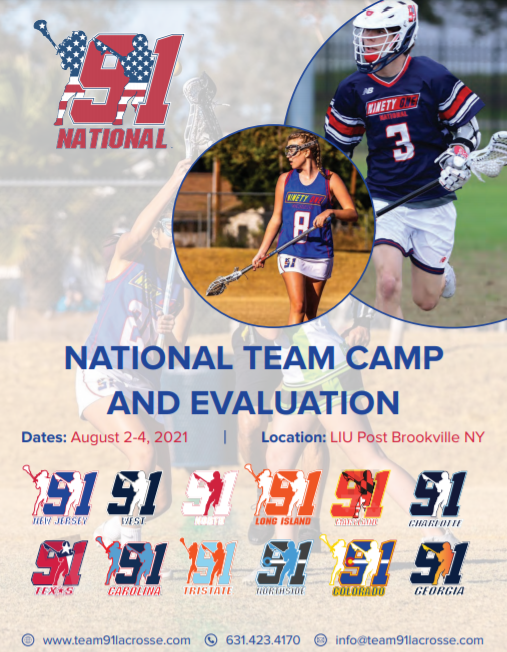 "This camp has been something that we've thought about for a long time, and it's amazing to see it come
together," Team 91 founder Brian Spallina said. "We're so pumped to bring together the best players in the
Team 91 family from around the country and have them play with and against each other to bring out the best.
Our players are going to learn a ton from this camp, and the end result is going to be the formation of some
incredible teams that are going to play against the top competition in the country."